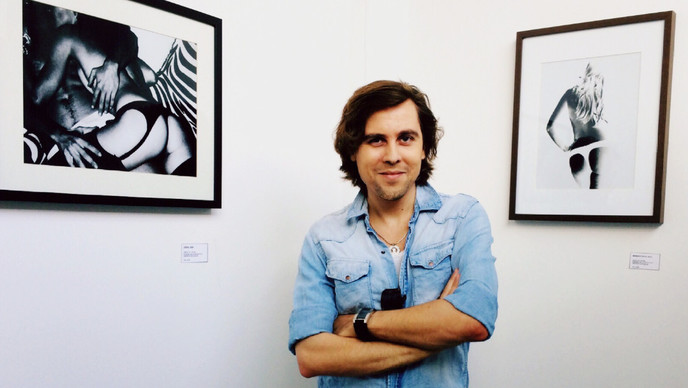 Maximilian Leitenbauer was born on 18 August 1983 as the only grandson of the painter and photographer Reinhard Bartsch in West Berlin. His parents both work in film. Very early on, his interest in photography and the medium of film draws out, so he is more to be found at a young age even before the camera. At the age of five he gets his first camera from his grandparents paid. At 17 he wrote his first screenplay and is this a year later to share with friends and a small film crew. After graduation in 2003 he went to the College of Sciences (HTW), where he studied communication design with a focus on photography. His talent is recognized and he attended the course "Visu-L" to promote visual talent and closes with certificate from there as the best. It created under his direction more short films. For film and television productions, he worked as a still photographer. In 2004 he moved to the Free University of Berlin, where he studied art history until 2009 While studying he worked in a people and casting agency in Berlin-Charlottenburg as a photographer and Booker. As part of the 2009 Berlinale his staged portraits are exhibited by actors in "Gusto".

From August to November, he accompanied as excavation photographer Campaign "Tell Fecheriye" Freie Universität Berlin and traveled to Syria after Syria and the Kurdish border region (Turkey and Iraq) to or get to know the country and people and to portray. In the spring of 2010 he worked in Paris on his photo series "rhythm of a city II". The following are publications in magazines and the press. In 2011 he goes to Axel Springer Verlag, to make there an internship at the "BILD" editorial department. In November, the exhibition follows "On archaeological clues in Syria" at Globetrotter, Berlin.

From 2012 to 2014 he undertook several photo tours, including the Canary Islands, Morocco and the Western Sahara. His most recent trip took him in May to California, where he documented the complexity of the country. Furthermore, he works for the free advertising in fashion, people and product photography and for an international television station headquartered in Berlin.